Later that turned in to a studio and in the 1980's   'Hook Farm Studio' saw the light of day and kept going until the studio was taken over by Producer Nick Foss, Rene Cambony and Rune Nissen Pedersen

Through the years legendary albums such as the first two Dizzy Mizz Lizzy albums, Tim Christensens first three studio albums, 'Solkongen' by Minds of 99, 'El Camino' by Thomas Helmig, 'Closer Than Veins' Outlandish, Liss 'First' and 'Third', 'The Second You Sleep' by Saybia, 'Soft Dogs' by D-A-D and so many more has been recorded in our studio A

For renting the studio without engineer 2600dkk/day of 8 hrs

We believe that every project is different and have different needs

Please contact us to get a final rate for your session

The studio A's control room is a joy to mix in

Due to our great passion for tapemachines, we do make tape transfers

If we can help in any other way let os know

He can be found in studio A recording and mixing all sorts of artists, from some of the greatest danish rockbands such as MEW, BABY IN VAIN, DIZZY MIZZ LIZZY to hitmaking popartists such as Scarlet Pleasure, Lukas Graham and Liss

With award winning artists in a varity of genres, Christians ability to adapt and contribute to any session is one of his key strenghts. 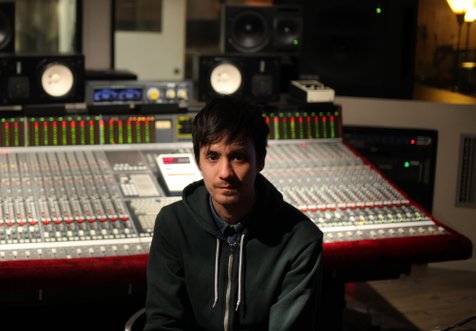